With all the business of getting MORE THAN A NIGHT and SAFE FROM THE STORM in working order, I didn’t want to forget that it’s October!  Halloween!  Black cats and magic and candy corn!

I have a few treats in store in the coming weeks, so stay tuned!!! 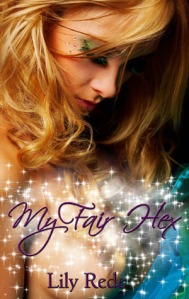 Half-pixie Lea Gillingham loves her job as assistant to the powerful Kirk Rhodes, but if she had a choice between her job and a night of passion with the gorgeous but arrogant warlock, she’d take his hard body in a heartbeat. Unfortunately, Kirk has never been a one-woman warlock, and in any case, has never seen her as an object of desire, though she’s indispensable to him. As her feelings grow despite her best efforts to squelch them, Lea realizes that she can’t go on like this, but is determined to take one lasting memory of pleasure with her when she leaves. With a little help from her BFF and a handy spell, Lea disguises herself as a succubus, determined to seduce her maddening boss at the Halloween Ball, even if her disguise means he’ll never know the truth.

Kirk Rhodes is intrigued when a surprisingly shy little succubus approaches him at the Halloween Ball in search of a conquest for the night. He’s happy to oblige, but there’s something different about her. The evening takes a strange turn when he suddenly finds himself fantasizing about Lea, rather than the voluptuous sex goddess in his arms. It’s only when Lea’s spell starts to falter that fantasy and reality collide, and Kirk sets out to convince his sexy and skeptical assistant that he can change his ways and become a one-pixie man, no magic required.

“You either have to quit, or you have to fuck him and then quit.”

Lea rolled over on the bed to let her tiny dragonfly wings flutter, frowning as she remembered the conversation.  Tricia was right, of course.  She couldn’t keep working for the man, knowing how she felt about him and knowing, too, that he’d never see her as anything but his assistant.  She loved her job, but this was killing her.  But if she was going to go, she was damn sure going to take the memory of one spectacular night of pleasure with her.  Which brought her back to Tricia’s bedroom and Lea’s risky, stupid, so-crazy-it-might-work plan.

“Those wings are so hot, girl.  I don’t understand why you keep them covered.  If I had pixie wings, I’d be showing them off!”

“They’re not professional, Tricia.  The last thing I need is the guys at the office thinking I’m easy because I’m yet another blonde, brainless, pixie bimbo.”

“You’re only half a pixie bimbo, sweetie. The other half is all witch.”

“And how do you think I ended up that way?  Dad was a young warlock working for the mayor, Mom flashed her wings at him one night in the elevator, and BAM.”

“It’s icky that you know that.”  Tricia wrinkled her nose.

“Well, tonight at the Halloween Ball, you’re not going to be a witch or a pixie, Lea.  You’re going to be a drop-dead-come-do-me-succubus, and Kirk isn’t going to be able to keep his hands off you.  Or his tongue, or his – ”

Tricia held up a lavender corset and a tiny matching skirt.

The spell was a tricky one, but Lea had followed the directions meticulously.  Being only half-witch, she needed Tricia’s help to pull it off.

“Are you sure I should just do my face?”  She was dubious as she stood in the bathroom over a portable cauldron that bubbled with turquoise goo.

“We have to practice you looking in the mirror once in a while, Lea.  Every succubus in the city would kill to have your curves.  Not to mention those legs.  Personally, I think you should just lock Kirk in his office and strip down.  I guarantee he’ll notice.”

Lea glared at her.

“I don’t want to have this argument again.  Look, I don’t want him to feel obligated to try for more than he has to give, and I don’t want the gentle rejection.  I just want a night of mindless hot sex to tide me over until the next time I’m stupid enough to fall for someone who’s out of my league.  It doesn’t matter what I do.  He looks at me and sees a filing cabinet.”

“Tomorrow we’re going to get seriously drunk and have a little discussion about what is and isn’t your league,” Tricia sighed.

“Are you going to help me, here?  I don’t have enough magic to set the spell on my own.”

“Fine.  But I want to lodge a formal protest.”

“Of course you do.  You know this is only going to work because he’s a total warlock whore.”

“Yeah, I’m trying not to dwell on that.”

Lea dipped a hand in the goo and smeared it all over her face.